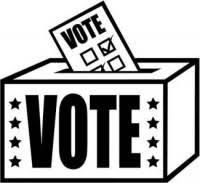 Every two years the California Democratic Party (CDP) organizes Assembly District Election Meetings (ADEMs), in which Democratic voters in each Assembly District elect 14 people to represent them as delegates to the CDP's annual convention. Also known as members of the Democratic State Central Committee (DSCC), delegates vote on Party endorsements, resolutions, internal leadership elections, and other matters, and many participate in CDP committees and caucuses.

ADEMs will be held throughout the state on two upcoming weekends: Sat.-Sun., Jan. 12-13, and Sat.-Sun, Jan. 26-27, 2019. The date, time, and location for our ADEMs for district AD77 is listed below. At each meeting, seven "self-identified female" and seven "other than self-identified female" delegates will be elected. Voters will also elect one person from that group of 14 to represent that district as a member of the CDP Executive Board, who is expected to attend additional meetings around the state each year to vote on State Party business. (The filing deadline for candidates has already passed.)

A person may participate (attend and vote) in the ADEM if he or she is a Democrat residing and registered to vote in the Assembly District as of the date of the meeting. Same-day voter registration is allowed of otherwise qualified citizens.

At each meeting, candidates may give one-minute speeches 30 minutes prior to registration. After registration opens, participants will vote by secret ballot and can then leave at any time. Registration will close two hours after opening, then votes will be tallied and the results announced.

This is your chance to elect grassroots leaders who will help set the agenda for California's majority party -- and set a strong example for the rest of the country. Please be sure to vote and spread the word to fellow Democrats!