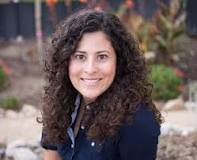 Topic: The Future of San Diego County
Escondido City Council Member Olga Diaz has been an elected Council member since 2008 and has also served on community boards like the Cal State San Marcos President’s Advisory Committee, San Diego Gas & Electric’s Community Advisory Council and the San Diego Union- Tribune’s Latino Advisory Board. Up until recently she has been the only elected Democrat in Escondido City government. Olga Diaz is a candidate for the District Three County Board of Supervisors.

Come join the discussion on the future of San Diego County.

At this meeting the members in good standing will vote to approve the new Club By-Laws and elect the new Club officers.