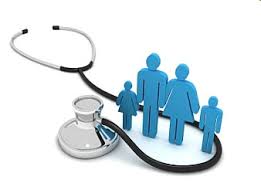 Many of the State and Federal Democratic candidates and elected officials are studying or advocating Single Payer Healthcare for all. In recent polls healthcare is at the top of voter concerns.
What is single payer for all?
How would it work?
How could it be implemented?
How would we pay for it?

Julie Trager worked in the healthcare field fo 20 years as a mental health counselor, social worker, and hospital administrator. It wasn’t long before she saw the the inequities of our current healthcare system and began researching the healthcare systems of other countries. She became a single payer advocate in 2015 and stepped in as Co-Chair of Healthcare for All San Diego Chapter. She consistently collaborates with The Business Alliance for a Healthy California for a National Healthcare Plan (PNHP) DSA San Diego, Our Revolution North County San Diego and The Healthy California Coalition.